ECHO is a strong, varied and vibrant choir that cultivates the beautiful and powerful sound of adult women’s voices. We take great joy in singing together and in sharing a rich and diverse repertoire with our audiences at our concerts and at grassroots events around the city.

Each of our semi-annual concerts, in May and December, features a guest artist who has worked with the choir to bring us new skills, insights, and songs.

The music we sing reflects themes of joy, struggle, resistance, and love for one another and the Earth. It includes:

ECHO is dedicated to remaining an accessible community to all people in Toronto by allowing a sliding scale for membership fees and for concert tickets.

Jennie is a retired teacher and primary school principal with the Toronto District School Board.
Read more

Echo began in 1991 when Sarah John and Becca Whitla formed this community-based women’s choir. After Sarah’s departure in 1993, Alan Gasser joined as co-director. From the original 16 voices, Echo has grown to a strength of 80 members.

Alan has led countless choirs in Toronto over the past twenty-five years. He has sung Georgian folk music since 1985, with the Kartuli Ensemble, besides founding the Trio Kavkasia and the ensemble Darbazi. He worked with Village Harmony for many years in Vermont, and founded Worldsongs (in Canada) in 2005, as well as the hospice choir Singing Through Life (2015).

Alan grew up singing gospel and Anabaptist Apostolic hymns, leading him to his undergraduate degree in music (BMus) from the College of Wooster, followed by a Masters of Music in Choral Conducting from University of Minnesota, Twin Cities, where he studied opera and opera conducting. He also has an MA in Music Criticism from McMaster University.

His awards include the Silver Medal from the Georgian Ministry of Culture and the Award of Excellence from the Embassy of Georgia, both for his vocal work in the Georgian musical tradition. (Alan is thus one of the few people to be able to claim Georgian music awards in two successive millennia!)

His current practice incorporates his wide-ranging experience with American and world classical, pop, and folk traditions, in an effort to bring heightened authenticity to concert performances of these works within his own performing community, as well as bringing increased nuance and dynamism to all works through the cross-pollination between the various genres.

Becca, now living and working in Saskatoon, has worked many years as a community music maker and teacher in Toronto. For Becca, music is a critical, vibrant and healing part of community life.

She has been the leader of the HERE Union Local 75 choir, the music director for over 20 years at the Church of the Holy Trinity, music coach and consultant for the innovative and ground-breaking Theatre Gargantua and a teacher for Worldsongs Vocal Camp and Village Harmony summer singing camps.

She also recorded a CD with HERE choir (I Still Have Joy) and Emmanuel College at the Univeristy of Toronto (One God, Many Peoples).

Originally from Hamilton, Susanne has been making her living as a musician in Toronto since 2009 when she obtained her Masters in Composition from York University.

Read More
Susanne also has her B.Mus from McGill in Composition (2006), a 3-yr. diploma from Mohawk College in Piano Performance (2002) and her ARCT from the Royal Conservatory of Music in Piano Performance (2001).
She is the Music Director at Neighbourhood Unitarian Universalist Congregation (since 2007) where she plays for weekly services, leads the Spirit Choir and Spirit Band, hosts a monthly open-mic and leads a monthly chant evening.  She is the accompanist and assistant conductor for Common Thread Community Chorus, a 75-voice SATB community choir dedicated to social justice.  She is a dance accompanist for George Brown College, Randolph College for the Performing Arts, Ballet Jorgen, and Toronto English Country Dance Assembly. In 2012, she started and continues to sing with the Comfort Choir, a small a capella group that sings weekly at the bedsides of patients in Palliative Care at Michael Garron Hospital. She is a songleader for the Climate Crisis Singing Squad-a group of singers dedicated to bringing community singing to the climate justice movement. On Fridays from 5-7pm she hosts the East End Climate Collective at Neighbourhood.  She loves to jam rock n’ roll with friends and plays keys and sings original tunes in her band Houndbelly.

Alida Doornberg has recently completed her Master of Music in Vocal Performance at the University of Toronto where she studied under celebrated Soprano Monica Whicher.

While at U of T Alida completed a teaching practicum through the Vocal Pedagogy program, and has since enjoyed growing and learning as a teacher by offering private voice lessons to singers of all ages.

From 2017-2019 Alida performed with Voicebox: Opera in Concert and was featured as a soloist in their “Chorus Fire” concert with Russell Braun and and Isabel Bayrakdarian, and “Comedy Unbound;” a tribute concert for Stuart Hamilton. Opera roles include Ino in Semele with the Toronto Lyric Opera Centre, Dorabella in Cosi fan Tutte and Cornelia in Julius Caesar with the Summer Opera Lyric Theatre of Toronto (SOLT). Additional chorus credits include La bohème with Against the Grain Theatre and Candide with Toronto Operetta Theatre.

Alida is a graduate of the New England Conservatory of Music in Boston where she earned her Bachelor’s of Music degree with Honours.

Echo has the pleasure of performing with many wonderful artists.

Echo was pleased to present a choral music workshop with Toronto singer-songwriter Annabelle Chvostek live from her Studio Garage on Tues. Oct. 5, 7pm on Zoom. We learned two songs with…
Read more

Annabelle Chvostek is a dynamic Toronto singer-songwriter whose long relationship with Echo includes having been our guest artist and artist-in-residence.
Read more

Tahirih Vejdani was the Assistant Artistic Director and Conductor with Echo Women’s Choir for the 2019/2020 season.
Read more

See more of our Guest Artists 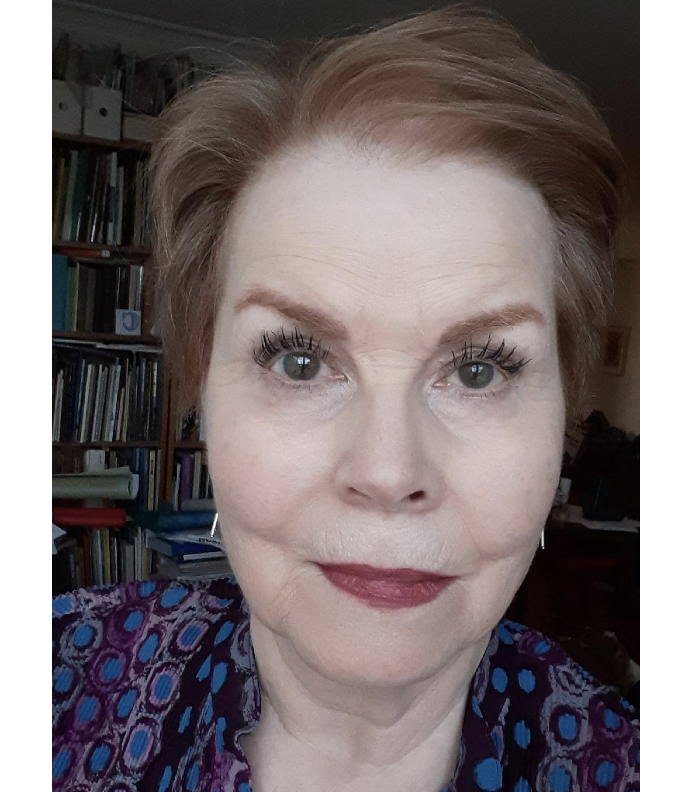 June 4, 2022
Christine was born in Montreal and grew up in Brampton,…
Read more

June 4, 2022
Jennie is a retired teacher and primary school principal with…
Read more

May 25, 2022
Ximena has lived in Toronto for four decades. She came…
Read more

Want to Stay in Touch? Sign up for occasional announcements and newsletters

As well as our other generous sponsors!  See more here.